Understanding the Crime Rate in the United States

The US government has had fighting crime as one of its important tasks. During his presidential campaigns, President Donald Trump had made fighting crime his core mission. His administration has allocated resources to this cause to ensure the crime rates drop. Listening to how people complain about crime in the US, one may think that the crime rates are very high and keep increasing. In fact, many people are of the opinion that the crime rate in the US has been on the rise over the years. However, crime statistics indicate a different reality.

The crime rate in the US varies depending on many factors. Geographically, different states and regions record different crime rates. The rates in each geographic location also differ depending on the type of crime. Some crimes are more prevalent in some places than in others. Several social factors influence these disparities in regional crime rates.

The US Crime Rate Ranking in the World

The US ranks highly in the global crime statistics rankings. In terms of total crimes, it ranks first. However, that ranking is majorly due to its massive population. The US has one of the highest populations in the world. Only India and China outrank the US in terms of population.

The US ranks highly in some crimes while it has low crime indices in some crimes. Violent crime, whit guns involved is one of the crimes in which the US outranks every other country. It has a high gun crime index that could be due to its high gun ownership rate of 88.8 per 100 residents. Its murder rate is around 42.01 per million people. While the country ranks first in terms of rape crimes, its index for this crime is 27.3, placing it 9th. The US ranks 55th globally on intentional homicides with a crime index of 5.30.

These statistics indicate that while the US outranks all countries in terms of reported crimes, its crime rate is relatively low. That is because it has fewer crimes happening per 100,000 people compared to other countries. It shows the effect of population size on crime rates and total crimes. While the big population results in higher crime numbers, the crimes are spread across a big population, bringing the crime rates down.

Crime Statistics in the Last 30 Years

Property crime such as burglary, theft, and motor vehicle theft has also recorded declines in rates for the period ranging from 1993 to 2018. FBI statistics show that property crime rates fell by 54% from 1993 to 2018. Many factors have been behind this consistent decline. One major factor is the improvement in security systems over the years. For instance, improved security features for cars has seen a substantive decrease in motor vehicle theft.

Although the national murder rate had an increase between 2015 and 2016 to 5.4 from 4.4 in 2014, it went back to sustained decrease afterwards. Big cities like Chicago had a massive contribution to this statistic as its number of murders rose from 478 to 765 between 215 and 2016. Some people opposed to criminal justice reforms used the brief spike in homicides in some cities during these two years to push their views of a cresting crime wave.

While violent crime has been on the decrease, one category seems to be problematic. According to 2018 statistics, the rates for rape increased even as other crimes dropped. The upsurge in this category has been consistent from 2013 when the FBI changed its definition for rape. In the change, they replaced the structure of the definition from one centered around forceful to one anchoring on consent. Between 2013 and 2018, the increase in the rape rate has been 18%.

The increasing rape cases over the years may be a result of one factor. Rape is one of the most unreported crime. The new numbers may indicate that more people are coming out to report rape than previous years. Campaigns such as the #Metoo Movement may have played a big part in encouraging victims to report, leading to higher numbers in recent years. By 2017, about 40% of rape victims were reporting to police unlike in earlier years when the rate was less than 25%.

There is a relationship between crime and social dynamics in a population. For instance, there seems to be higher incidence of crime in regions, cities or neighborhoods with fewer economic opportunities. Violent crime is especially prevalent in financially disadvantaged populations. Thus, an improvement in economic conditions is likely to lead to a reduction in crime rates in a given area.

The link between social status and crime rates can be seen in the crime patterns in some cities and neighborhoods. For instance, Memphis and Albuquerque have high rates of poverty. The two cities also struggle with crimes. Baltimore, a city struggling with violent crime, has several social issues crippling it. It has high corruption rates coupled with poverty. There is also a breakdown of police-community relations. These social issues could be part of the reason for the high violent crime rates in the city.

Poverty levels may play a role in crime levels in some instances. This holds especially for property crimes. Theft is usually high in neighborhoods with a high poverty rate. The rates of burglary, motor car theft and robbery are higher in cities that have wide wealth disparities between the rich and the poor. That is because the challenging conditions of the poor may force some people to commit crimes for survival. Petty theft and burglary may be a way for survival.

Another factor that contributes to high crime rates is drug use. Drugs have a big effect on one’s body. Intoxication can lead to impaired judgement. A person under the influence of substances may not be capable of reasoning or making sound judgments. They may end up committing crimes they would otherwise not have committed. Drugs may give a person a false sense of invincibility, making them more likely to commit violent crime. Drug addiction can also lead to a rise in property crimes. People may resort to theft, robbery and burglary to get money to meet their drug habits. Thus, areas with a high prevalence of drug use tend to have high rates of crime.

Generally, some demographics tend to have higher crime levels compared to others. First, younger populations record higher crimes, both violent and property than the aging populations. Similarly, males are more likely to commit crimes than females. In the US, about 70% of the arrests for criminal activity are males.

There is a higher likelihood of violent crime in urban areas than in other areas. Some cities account for a huge proportion of the crimes in their given states. Even in some of the safest states, some cities still record crime rates that exceed the national averages. Different factors play into the resultant crime rates in the different states across the US.

In recent years, there have been different changes in terms of crime in different cities and States. In Chicago, crimes dropped by 10% in 2017 while violent crime dropped by 11%. Robberies and aggravated assaults in Chicago fell by 18% and 5% respectively while homicides fell by 13%. While the rates for most crimes have been dropping, Chicago reported a 1% increase in rape rates in 2017. Although the crime rates seem to be dropping in Chicago, the rates are still higher than the national average.

Similar to Chicago, New York and San Francisco have had drops in crime rates in the past few decades. Specifically, New York has had a sharp decline in crime compared to other cities in the US. In 2017, there was a 1.4% decline in crime rates while violent crimes increased by 1.5%. Although the city had an 8% increase in homicides, its murder rate remains about 30% lower than the national average.

One city that has had an upward growth in homicides is Philadelphia. In 2018, it recorded a 10% increase in homicides. The upward trend in murders has however been there from 2013. In 2019, violent crime in Philadelphia rose by 4%. Homicides rose by 1% while robbery and aggravated assault accounted for most of the spike in violent crimes. While the crime rates were as high as 909 in 2018, it was the lowest since 1990.

Some people may argue that there is a relationship between immigration and crime. Some argue that immigrants are responsible for a rise in violent crime. However, statistics indicate that immigrants are less likely to commit violent crimes compared to US citizens. A good example is the city of El Paso, Texas. Other than the massacre by a shooter in 2019, El Paso would have had 10 homicides. That would have been within the range in the past decade where the number of homicides ranged between 10 and 20 per year.

In Baltimore, the types of crime had different changes in 2019. While murders increased, robbery, burglary and homicides dropped. In general, the number of reported crimes dropped by 6% with violent crimes dropping by 2.5%. Rape decreased by 26% and homicides dropped by 10%. Due to the high rates, Baltimore ranks high among cities with high rates of violent crimes. The two other cities that rank higher than Baltimore are Memphis and Detroit.

Check out our list of the 21 most dangerous cities in the U.S.

Some crimes seem to be more prevalent in some areas than in others. That may lead people to link crime to certain factors observable in such areas. For instance, poverty draws attention as a possible cause for an increase in crime. Some cities record high crimes in neighborhoods with high rates of poverty. Property crime is especially high in areas with great wealth disparities. Similarly, some people blame immigration for high rates of crime. However, all these claims lack a solid basis. That is because some cities have recorded results that debunk such claims. For instance, El Paso has a high proportion of immigrants. However, it has one of the lowest homicide rates in the US. Some states like New Jersey, with very low poverty rates also record high rates of violent crime. 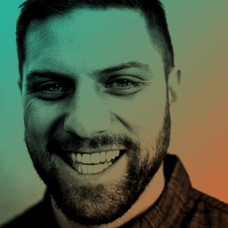 David is the Owner of Advanced Locksmith, and his passion is to provide quality and honest service helping keep the company’s customers in Colorado safe and secure while offering the latest and most advanced solutions that can be found on the market.

How to Choose the Best Smart Camera for Your Home?